Human trafficking is the third-largest criminal industry in the world, worth an estimated $32 billion.

One of the fastest-growing criminal activities across the globe, human trafficking generates revenue through the trade and selling of human victims.

This pervasive criminal activity has become an issue in Michigan, as well.

Some have noted that it is an especially big crisis in Western Michigan.

In response, the state has implemented a number of measures to eliminate this heinous practice.

Human trafficking in Michigan involves both sex and labor trafficking of both US and foreign nationals.

There are several reasons that Michigan may be attractive to human traffickers.

Perpetrators take advantage of this to exploit laborers and subject them to labor trafficking.

A Significant Percentage of the Population Has High-Risk Vulnerabilities: It is estimated that 25% of children experience homelessness every year in Michigan, according to 2014 data from the National Center on Family Homelessness.

Homelessness and poverty are pathways for entering kids into trafficking.

In some cases, these minors will engage in what is known as “survival sex” to get basic necessities such as food and shelter, as also discussed by the Michigan Department of Health & Human Services’ website.

In addition, from the 129,000 unauthorized immigrants in Michigan, 61,000 (47%) are at or above 200% of the poverty level, as indicated by data from the Migration Policy Institute.

Proximity to Borders: The closeness to Canada might facilitate trafficking as victims can be easily transported from there to the United States.

In fact, Detroit (via Toronto) was identified as an arrival gateway to the United States of Korean sexually exploited minors (Richard J. Estes & Neil Alan Weiner, University of Pennsylvania).

Similarly, Canada has been identified as a transit destination country, particularly of South Korean females, en route to the United States, as mentioned in the 2009 U.S. Department of State Trafficking in Persons Report.

Moreover, Michigan’s proximity to surrounding states, for example, Ohio to the East, that ranks sixth in the nation, according to 2020 data from the National Human Trafficking Hotline (310 human trafficking cases have been reported), place it in a strategic position to transport victims across state lines.

The National Human Trafficking Hotline tracks important data regarding the state of human trafficking across the country, including Michigan.

Michigan ranks seventh in the nation in the number of cases reported by state to the hotline.

Consider the impact of human trafficking in the following Michigan cities:

As a major central hub, Detroit is especially susceptible to human trafficking.

High poverty and homelessness rates in the area increase the likelihood of human trafficking.

This is revealed in a 2016 case in which a tip to the FBI led to the discovery of three trafficking victims, including minors chained and forced into prostitution.

Experts note that Western Michigan has 12 of 15 demographics particularly attractive to human traffickers.

The Human Trafficking Work Group (HTWG) notes that there are several avenues for human trafficking in Grand Rapids, including social media, truck stops, hotels, the Internet, and on the streets, among others.

Victims come in all races, genders, nationalities, and socio-economic backgrounds.

Michigan has taken a proactive approach in eliminating human trafficking with the following efforts:

Advancements from the Department of the Attorney General

The Depart of the Attorney General has worked to combat human trafficking in the state in a number of ways. These measures include:

Advancements from the Michigan Department of Health & Human Services

The Michigan Department of Health and Human Services (MDHHS) is firmly committed to eradicating human trafficking in Michigan. To accomplish this, they have implemented a number of policies, including:

Additionally, laws work to strengthen the penalties on human traffickers, including adding them to the sex offender registry, increased fines, and felony prison time.

Since the establishment of human trafficking laws in Michigan in 2006, a number of cases have been reported.

Below, find a sample of cases that represent the current human trafficking landscape in Michigan.

Additional cases include the discovery of sex trafficking rings that transported teens victims to Ohio, Indiana, and other states rotating them among motels, truck stops, and highway welcome centers.

In another case, a sex trafficking ring abducted a Toledo-area girl who was rescued by Michigan Law Enforcement.

Both cases that evidenced the involvement of both states in trafficking were discussed by Jeremy M. Wilson, Erin Dalton, in their 2007 research, Human Trafficking in Ohio.

There are various organizations, task forces, and universities that work in the anti-trafficking field and collaborate with relevant agencies to put an end to human trafficking in the state of Michigan.

Some of them are:

They have done this through a number of efforts, including the creation of the Lakeshore Human Trafficking Task Force (LHTTF) to combat human trafficking in Muskegon County.

They also intend to open a home for girls aged 11-17 who have been victims of human trafficking.

Studies have shown that 84% women who graduate from the program stay clean for longer than two years.

Hope Against Trafficking (HAT): A non-profit organization, HAT works with women to provide them 12-month residences so that they can rebuild their lives.

Michigan Rescue and Restore Coalition: The Coalition strives to build a community of resources for human trafficking survivors by working with a number of local departments in Southeast Michigan.

Michigan Internet Crimes Against Children (ICAC) Task Force: The ICAC Task Force is a multi-jurisdictional effort with the aim to target those individuals who sexually exploit children online.

Among the available resources that are offered is the option to submit a CyberTipline report, online or by phone, to inform about suspicious activity to law enforcement to start an investigation.

Additionally, community members can request a speaker from the Michigan ICAC task force to present a lecture about Internet safety education and outreach.

The FBI’s Southeast Michigan Trafficking and Exploitation Crimes (SEMTEC) Task Force: Sponsored by the FBI, this task force works with local and state law enforcement to tackle child trafficking cases and to provide training to local and state officers.

Among its legal services, the HTC provides representation to domestic and international victims of human trafficking.

The students who serve in the Clinic have the opportunity to work on human trafficking issues and cases and gain real world experience and skills about community outreach, education initiatives, advocacy, and research.

It also has the Human Trafficking Law Project (HTP) that maintains a database of human trafficking cases across the country to provide information to other groups looking to combat the problem. 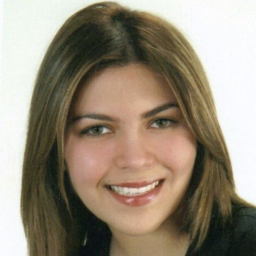 Dr. Beatriz Susana Uitts is a human rights specialist, Internet child safety advocate, and founder of Human Trafficking Front, a research and advocacy organization for the prevention of human trafficking. Dr. Uitts holds a J.S.D. and LL.M. in Intercultural Human Rights from St. Thomas University College of Law in Miami Gardens, FL, and is the author of the book Sex Trafficking of Children Online: Modern Slavery in Cyberspace regarding the growing problem of online child sexual exploitation. In this book, she proposes solutions to prevent its spread and promote a safer Internet for children and adolescents worldwide.